Athiests vs. Agnostics vs. Theist 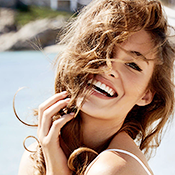 By AnaBBarrosFan,
December 28, 2012 in General Talk